Below, original material from the Vacant Lots design study publication outlines the historical context, organization, and goals of the project, as published in 1989.

The proportions of the housing problem in New York — and indeed throughout the country — seem to defy solution. Too many homeless and under-housed; too little public money to meet the need. Today’s housing crisis is not simply the pathetic plight of the homeless that we see on the streets, but also the demoralizing daily struggle of tens of thousands of low- and moderate-income working families to secure decent and affordable housing. By current estimates [as of 1989 -Ed.], the city’s homeless and those living in “doubled-up” conditions number some 70,000. The Housing Authority’s waiting list is over 200,000 families.

With the fiscal crisis of the mid-1970s and the cancellation of most federal subsidies, construction of publicly-assisted housing in New York virtually halted. Recently [as of 1989 -Ed.] the City and its Department of Housing Preservation and Development announced a ten-year plan to spend $5.1 billion on housing, with the major programs divided between new, large-scale projects and the rehabilitation of vacant buildings.

The proportions of the housing problem in New York seem to defy solution. Too many homeless and under-housed; too little public money to meet the need.

In June 1987, the Architectural League and the Department of Housing Preservation and Development invited architects, architectural designers and students interested in the problem of housing to propose new designs for low- and moderate-income housing on ten small sites around New York. The ten Vacant Lots sites — three each in the Bronx, Brooklyn, and Queens, and one in Manhattan — were chosen by the organizing committee, in consultation with HPD, as representative examples of an ignored, but potentially valuable resource. Parcels such as these — of which there are thousands in the inventory of City-owned properties — have long been regarded as too small to support economically reasonable development. Yet these vacant lots, which could be developed by small-scale contractors or community-based development groups, could be the basis of a new strategy for reweaving the fabric of neighborhoods. Such sites may offer opportunities for inventive solutions in apartment design, in the combination of apartment types, and in the relationship of the building to the site and adjoining buildings. The small size of the sites makes them manageable and means that they must interact with (since they cannot overwhelm) the surrounding neighborhood.

Participants in “Vacant Lots” were asked to conform to the City’s zoning and building codes, as well as to HPD’s own design guidelines. They were also encouraged to be innovative and to test the boundaries of existing regulations, if by doing so they could propose more livable or economical buildings. The projects produced in the Vacant Lots study project represent a range of approaches and solutions, from fully realistic schemes which could be built tomorrow, to more visionary proposals that extend the language of housing forms. Our hope is that “Vacant Lots” will challenge preconceptions about building affordable housing, and that the ideas presented will help to reinvigorate thinking about housing design in New York. 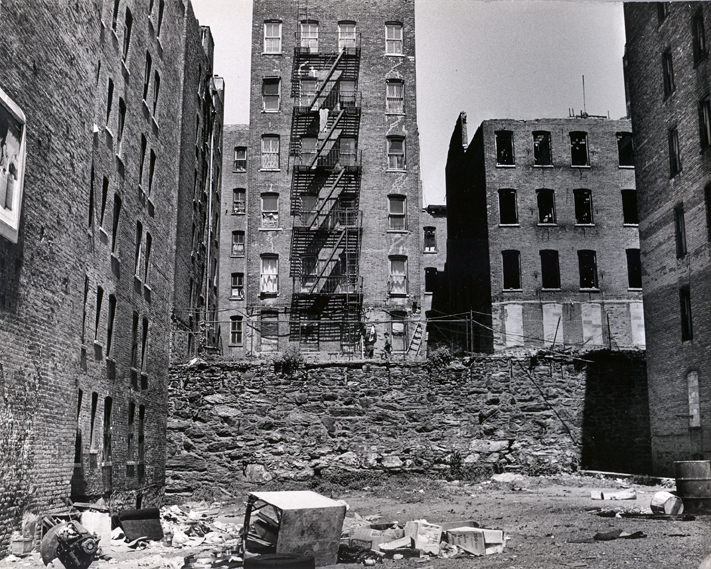 Architects design buildings. The design of buildings is our mission, our craft, our profession, our art. When we are able to apply our skills to the design of new forms of housing which address the problems of an entire nation of cities and citizens, we both realize the full potential of our art and contribute to the society that has nurtured us. The Vacant Lots project of the Architectural League was an opportunity to design such buildings. In the tradition of the League, we invited all interested architects to design buildings that could solve real problems, to exhibit the results, and to encourage public discussion of these projects. We thank the Vacant Lots organizing committee, everyone within the League and the Department of Housing Preservation and Development who worked on this project, and all the others who joined us and contributed their energy and talents. We offer this book as a means to record, continue, and extend this creative dialogue and as an inspiration and a ground for what will soon be built.

Vacant Lots reaffirms the idea that housing remains for many architects an important social commitment.

The collaboration of the city’s Department of Housing Preservation and Development with the Architectural League on the Vacant Lots project was conceived with twin objectives. One was to tap into the creativity and intelligence of architects and designers committed to the task of affordable housing. The other was to expose architects, particularly young architects with little or no experience in working with governmental guidelines, to the realities and restrictions of serving that most demanding client, the public sector.

The results have been rewarding on both sides, and HPD would like to thank all those who gave their time and enthusiasm to the project. Vacant Lots reaffirms the idea that housing remains for many architects an important social commitment. Architects and designers who responded to the “Vacant Lots” call for entries in June 1987 attended an information meeting at the Architectural League. There, project objectives and requirements were discussed and project kits were distributed to registrants. The following week, another public program was held at which historian Deborah Gardner, architect Richard Plunz, and housing specialist and architect Lynda Simmons provided surveys of the history of housing in New York and the economics of subsidized housing. The same week, an all-day bus tour took project participants to see significant examples of housing design in the city.

Project participants developed their designs over the summer, and submitted two 30 x 30” boards to the League at the end of September. While the exhibition was on view during October and November 1987, three public programs were held to discuss the Vacant Lots designs. At the first, a panel of architects — Lewis Davis, Susana Torre, and William Rawn — responded to the designs as architectural solutions. A second panel, made up of developer Philip Aarons, City of Boston housing official Joseph Lewin, HPD Deputy Commissioner Mark Willis, and Kathryn Wylde, the vice-president of the New York Housing Partnership, evaluated the economic and regulatory feasibility of building these projects, and of small-scale infill projects in general. At a third program, members of the Vacant Lots committee offered an overview of four general approaches taken by the architects and designers of the seventy projects. The introductions were followed by presentations by architects in each of the four groups. The essays on the four general approaches follow.