The Student Program offers an inside look at the architectural profession. The program highlights the varied and creative career paths open to graduates of architecture school

The Student Program offers an inside look at the architectural profession. The program highlights the varied and creative career paths open to graduates of architecture school. To see images from last year’s event, please click here.

Registration is now closed for this program.  If you have questions about attending or still wish to register, email Matt Ragazzo at ragazzo@archleague.org.

Leah Meisterlin
Leah Meisterlin is an urbanist, researcher, and educator. Trained as an architect and urban planner, her research engages concurrent issues of spatial justice, informational ethics, and the effects of infrastructural networks on the construction of social and political space. Her current research explores the ways in which digital technologies are restructuring urban spatial politics and altering methods, both contemporary and historical, of urban research.

Meisterlin edited Comments on Foreclosed (2013) following the exhibition Foreclosed: Rehousing the American Dream (Museum of Modern Art 2012) and coauthored The Buell Hypothesis: Rehousing the American Dream (2011). Among others, her articles and essays have appeared in the Annals of the Association of American Geographers, The Avery Review, ARPA Journal, and Drug and Alcohol Dependence. A recent notable project includes Cher for the Oslo Architecture Triennale.

She is Assistant Professor in Urban Planning at Columbia GSAPP. Previously, she was a researcher at Columbia’s Temple Hoyne Buell Center for the Study of American Architecture and New York University’s Center for Latino Adolescent and Family Health. Professionally, she has contributed to several experimental and exploratory practices in urbanism. Among those, she cofounded Office:MG, a spatial systems consultancy; served as Director of Research at Special Project Office; and cofounded PRE-Office, a design and research studio that investigated the organizational structures behind design processes in the wake of the U.S. foreclosure crisis. She currently sits on the Board of Trustees of the Metropolitan New York Library Council. Justin Garrett Moore
Justin Garrett Moore is an urban designer and the Executive Director of the New York City Public Design Commission. He has extensive experience in urban design and city planning—from large-scale urban systems, policies, and projects to grassroots and community-focused planning, design, and arts initiatives. At the Public Design Commission his work is focused on prioritizing the quality and excellence of the public realm, and fostering accessibility, diversity and inclusion in the City’s public buildings, spaces, and art.

Moore is a former Senior Urban Designer for the NYC Department of City Planning where, for over a decade, he was responsible for conducting complex urban design plans and studies of the physical design and utilization of sites including infrastructure, public spaces, land use patterns, and neighborhood character. His projects included the Greenpoint and Williamsburg Waterfront, Hunter’s Point South, the Coney Island Plan and the Brooklyn Cultural District. He received degrees in both architecture and urban design from Columbia University’s GSAPP where he is now an Adjunct Associate Professor of Architecture, Planning, and Preservation.

He is the co-founder of Urban Patch, a social enterprise based in Indianapolis that focuses on community revitalization and design in American inner cities. His professional affiliations include the American Institute of Certified Planners, the Urban Design Forum, and Next City’s Vanguard. He also serves as a board member for ioby.org, Mary Miss—City as Living Laboratory, and Made in Brownsville.

Leon Rost
Leon Rost is an Associate and Senior Designer at BIG. He began his collaboration with Bjarke Ingels in 2005 as a design assistant at PLOT in Copenhagen, Denmark. After completing Architectural studies at California Polytechnic University and working for offices in Japan, Scandinavia, and Portugal, Leon took on the role of Project Leader at BIG’s New York office in 2011. In 2015, he was named Associate. Currently, Leon is leading the design of the 3.5 million-square-foot Google Campus project, and he has worked closely with BIG’s partners on numerous projects including the successfully completed Mountain Dwellings and Helsingør Psychiatric Hospital. He led concept design for Grove at Grand Bay in Miami and also led the winning competition teams for both the Kimball Art Center in Park City, Utah, and the Tirana Cultural Center & Museum for Religious Harmony. Prior to his current role Leon worked on a variety of cultural, residential, and master-plan projects around the globe, including the New Oslo Central Station and the Ginza Swatch Building in Tokyo.

BIG, founded by Bjarke Ingels in 2005, is a Copenhagen and New York based firm operating within the fields of architecture, urbanism, research, and development. The firm’s architecture, described in the firm’s own words, is shaped by “careful analysis of how contemporary life constantly evolves and changes…due to the influence from multicultural exchange, global economical flows, and communication technologies that all together require new ways of architectural and urban organization.” The firm has garnered recognition for their work, including most recently, awards from Architizer, AIA NY and National Merit Honor Awards, and a Global Holcim Award for Sustainable Construction. The firm’s current and recent architectural projects include a student residence hall at Tulane University in New Orleans, LA; the West Pavilion addition to Nippert Stadium at the University of Cincinnati; the restoration of artist Donald Judd’s Home and Studio in New York; Knoll’s New York flagship showroom and corporate offices; and a building for the Applied Math department at Brown University in Providence, RI. Diller Scofido + Renfro
Diller Scofidio + Renfro integrates architecture, the visual arts, and the performing arts in their work as an interdisciplinary design studio. Founded by Elizabeth Diller and Ricardo Scofidio, with partners Charles Renfro and Benjamin Gilmartin joining in 2004 and 2015, respectively, the firm has developed a practice that straddles all fields of design (urban, landscape, interior, product, exhibition), mixed-media installations, graphics, print, and experimental dance and theater productions. James Corner Field Operations
James Corner Field Operations is landscape architecture and urban design practice that works on a variety of project types and scales, from large urban districts and complex post-industrial sites, to smaller, more detailed design projects. The firm is committed to the design of a vibrant and dynamic public realm, informed by the ecology of both people and nature.

In 2010, James Corner Field Operations received the Cooper-Hewitt National Design Award for Landscape Design. Other awards include the American Academy of Arts and Letters Award for Design and the Daimler-Chrysler Award for Design Innovation. Marvel Architects
Marvel Architects is dedicated to shaping public space, designing for institutional growth, and expanding economic and creative opportunities for a wide range of clients. Based in New York, the firm seeks to integrate the built and natural environments in their projects—from infrastructure development and adaptive reuse to master planning, block building, park and waterfront design, and housing. Morris Adjmi Architects
Morris Adjmi Architects incorporates innovations in design, materials, and technology. The firm was established in 1997 by Morris Adjmi following a successful ten-year partnership with renowned Italian architect Aldo Rossi. This legacy is evidenced in Adjmi’s passion for the aesthetic of industrial architecture and his attention to each building’s site – a process central to each building’s new construction, or restoration, in a contemporary context. To achieve this balance within the studio, interdisciplinary teams collaborate from concept to completion.

Current and recent work includes the Atlantic Plumbing development in Washington, D.C., the award-winning 837 Washington in the Meatpacking District of New York, a 72-story tower at 30 Journal Square in Jersey City, NJ, and numerous residential and commercial developments across the country. Perkins+Will
Founded in 1935, Perkins+Will is an interdisciplinary, research-based architecture and design firm. The firm collaborates with clients all over the world to create healthy, sustainable places in which to live, learn, work, play, and heal. The firm employs more than 2,000 professionals across 20 Perkins+Will offices and has a portfolio of projects that spans across the disciplines of architecture, interior design, branded environments, urban design, and landscape architecture. Selldorf Architects
Selldorf Architects is a 65-person architectural design practice founded by Annabelle Selldorf. The firm creates public and private spaces that manifest a clear and modern sensibility to enduring impact, with a focus on the individual experience. Working on both public and private projects, the firm’s portfolio ranges from museums and libraries to a recycling facility, and at scales encompassing large new construction, historic renovation, and exhibition design. The practice aims to “integrate its buildings in the cities and institutions they serve” with designs generated around “precision and restraint.”

Recent projects include the Sims Sunset Park Material Recovery Facility, the largest recycling facility in the United States, located in Brooklyn; numerous galleries for David Zwirner, Hauser & Wirth, and Gladstone Gallery, among others; and has designed exhibitions for the Whitney, Frieze Masters, Gagosian Gallery, and the Venice Art Biennale. Selldorf Architects is currently designing a major expansion for the Museum of Contemporary Art San Diego; converting former rail sheds into LUMA Arles, a new center for contemporary art in Arles, France; and designing a new primary school in Mwabwindo, Zambia for the 14+ Foundation. 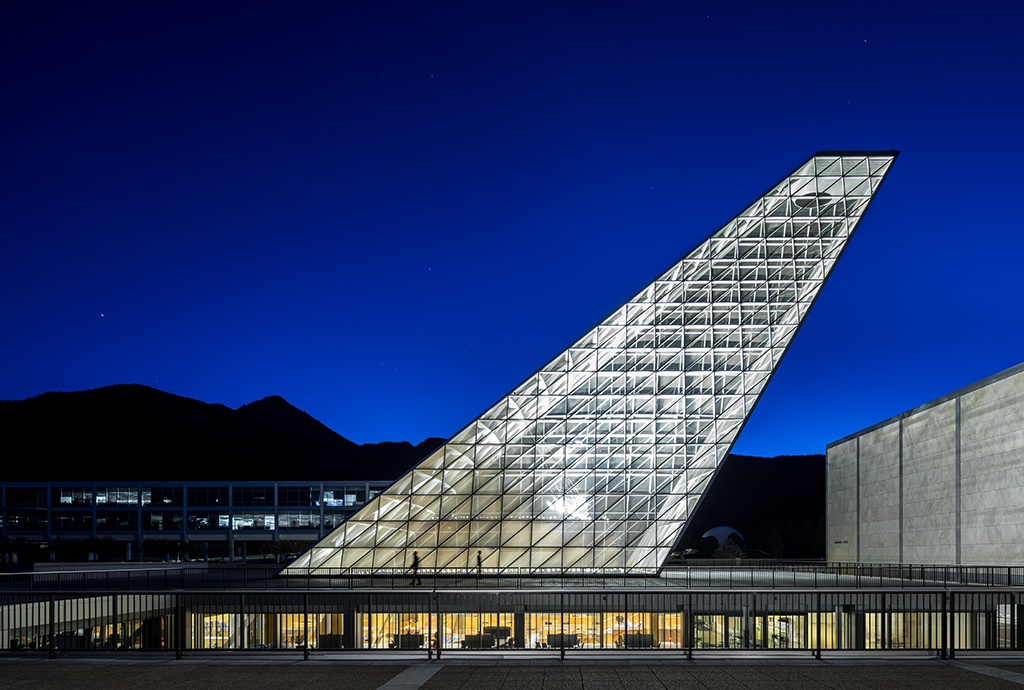 SOM
Skidmore, Owings & Merrill LLP (SOM) is one of the largest architecture, interior design, engineering, and urban planning firms in the world, with nine domestic and international offices. Since its inception in 1936, SOM’s practice has emphasized research and development of specialized technologies and new design processes. The firm has been honored with nearly 2,000 awards for quality, innovation, and management. Recent awards include The Municipal Art Society of New York’s 2016 MASterworks Awards: Best New Infrastructure for The Kathleen Grimm School for Leadership and Sustainability at Sandy Ground. TEN Arquitectos
Now in its thirtieth year, TEN (Taller Enrique Norten) Arquitectos has designed more than 400 projects internationally, of which over 60 have been built or are currently under construction. Founded in Mexico City by Enrique Norten in 1986, the firm is dedicated to the creation and research of architecture and design. In 2001, TEN Arquitectos opened its New York office, and since then, the firm has grown to over 90 members, working on a diverse array of award-winning and acclaimed architectural projects ranging from large scale residential, hospitality, institutional, and cultural buildings as well as urban design master plans.

Current commissions include MUNET (National Museum of Energy and Technology) in Mexico City; a new collaborative hub for NASA at the Glenn Research Campus in Cleveland, OH; a one-million square-foot residential development along the waterfront in East Harlem, New York; and the Downtown Brooklyn Cultural District in Brooklyn. Tod Williams Billie Tsien Architects | Partners
Tod Williams Billie Tsien Architects | Partners was founded in New York City in 1986. The thirty person firm focuses on work for institutions, including museums, schools, and non-profits. According to the firm, their buildings “are carefully made and useful in ways that speak to both efficiency and the spirit,” and their projects contain “a sense of rootedness, light, texture, detail, and experience.”

Along with recurrent acknowledgment from the American Institute of Architects, the firm has garnered local, national, and international acclaim and press. Most recently, the studio received the 2013 firm Award from the American Institute of Architects and partners Tod Williams and Billie Tsien were awarded the 2013 National Medal of Arts from President Barack Obama.

Completed works include the Neurosciences Institute, La Jolla, CA; the David Rubenstein Atrium at Lincoln Center; the LeFrak Center in Prospect Park, Brooklyn; the Barnes Foundation, Philadelphia, PA; the Center for the Advancement of Public Action at Bennington College; the Logan Center for the Arts at the University of Chicago; and the Asia Society Center in Hong Kong. Upcoming projects include the U.S. Embassy Compound, Mexico City; Andlinger Center for Energy and the Environment, Princeton University; and the Center for Theater and Dance at The Phillips Exeter Academy. 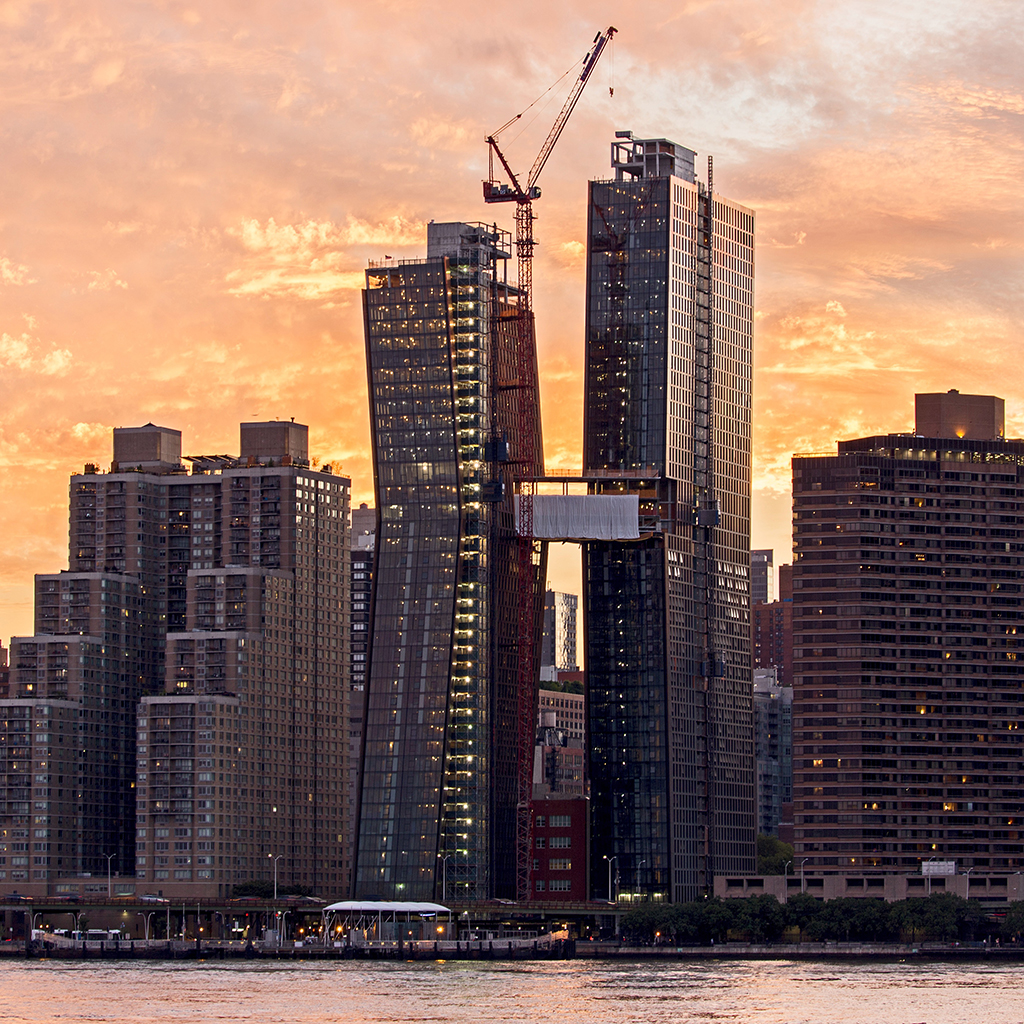 SHoP Architects
Based in New York, SHoP Architects is an award-winning architecture firm with a staff of over 180 talented architects, designers and engineers. Since 1996, SHoP has harnessed the power of diverse expertise in the design of buildings and environments that improve the quality of public life. The firm addresses a broad range of issues in their work: from novel programmatic concepts, to next-generation fabrication and delivery techniques, to beautifully crafted spaces that precisely suit their functions.